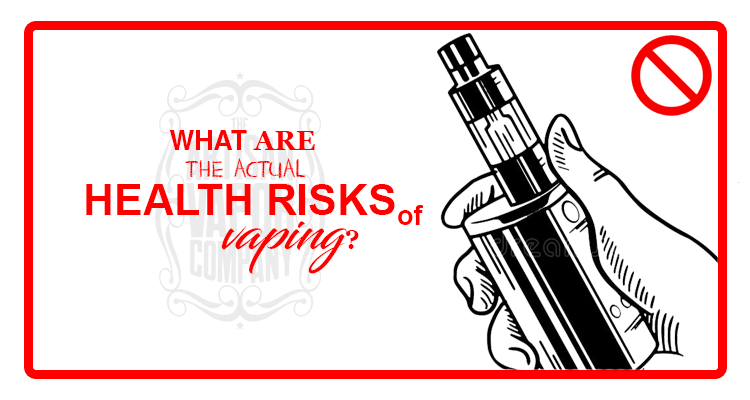 As much as we’d like to think that vaping is only beneficial, the everyday newspapers and blogs elicit the harmful effects of vaping. What’s the true story?

According to research, unsurprisingly, most of the vapors that turned to vaping were former smokers and other addicts. These people decided to choose a healthier lifestyle and to avoid a premature death, so they chose to vape.  But then again, these infamous e-cigarettes have batteries. And yes, they can explode. Some critics question that ingredients of an e juice might be 95 percent healthier than the ingredients of tobacco cigarettes but can we justify that 5 percent of harmful ingredients?

Yes, we can. According to the Royal College of Physicians, the dangers of vaping are minute. The benefits of vaping outweigh any other addiction as it does not pose great deal of danger to your health. Hence, we will be describing a level a harm that each ingredient poses and see if e cigarettes are as harmful as traditional cigarettes.

Unlike traditional cigarettes that contain hundreds of toxins and harmful substances, E Liquids only contain 3 or 4 ingredients in calculated quantities. Still, there has been debate over the use of flavors in the vape juices. Although, the flavors are FDA approved but then again they are not approved for inhaling.

Use of PG and Vegetable Glycerin

As sweet as they seem, these ingredients don’t contain the true form of sugar. Also, it hasn’t been proved these two ingredients have the potential to damage health. So, we’ll give a benefit of the doubt and compare it with the cigarettes only to see how these FDA approved ingredients, although not for inhaling, don’t stand a chance in posing an imminent threat to health.

We often hear people telling how nicotine is bad for your health. But then again, the excess of everything is bad. You can’t just overdo anything and expect it not to harm you. Such is the case with nicotine. If you can control the nicotine dosage that goes in your system, you can eliminate all the potential problems that can come with its use.

It hasn’t been proved that any of these ingredients are harmful or cancer-causing. So until, we hear anything from the pundits, we cannot label E cigarettes as harmful. But it should be noted that we should always treat this activity as a last resort to avoid the harmful effects of vaping on your health. (if there are any)